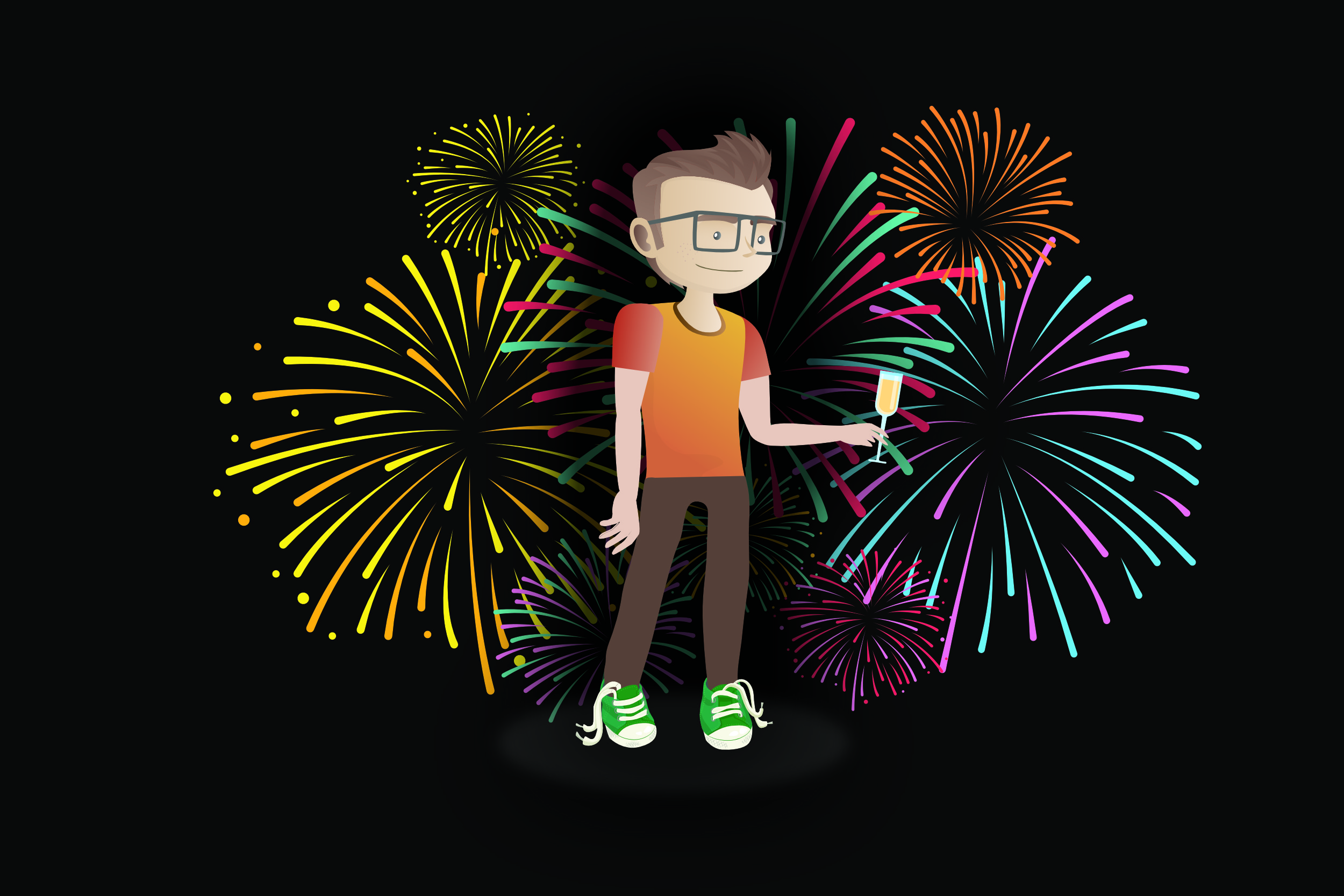 It’s been almost a year since I uploaded the last title image to this website, so I thought that it’s time to make a new one. To make matters worse, the new title image has a subject which has only a few days to live (New year’s eve), which means, that I have to create another one next week.

Nevertheless, I made some subtle improvements to the main character in the image: Did you realize that he matured a bit? I was a little reluctant at first, but my brother insisted that I should add some muscles and change the shape of his upper body. Furthermore, I bought him new shoes, so say hello to the new me: